Are you looking for San Jose vs Colorado betting preview? If you are, you came to the right place. We here at BettingMidWest have prepared a special in-depth anylsis of this match.

The Sharks have not had the season that they had hoped. Heading into the final stretch of the last 10 games of the season, the Sharks sit at 6th in the western division with a record of 19-24, totalling just 43 points all season. Luckily for them, the Stl Louis Blues, who are in the 4th and final playoff spot in the division, are struggling, and the Sharks are only five points behind them with a very rocky part of their schedule coming up with four straight games against the Avalanche.

The Avalanche however, are on the opposite side of the spectrum. Colorado came into this season as a Stanley Cup favorite, and they’ve lived up to that. Currently sitting in 2nd place in the western division with a record of 31-11, to go along with 66 points, the Avalanche are only four points behind the Golden Knights with 13 games left in the season for the top playoff spot in the western division.

While the Sharks have not had the season most were expecting, they are fortunate for the shortened season because they still have 10+ games to make up five points and steal the fourth and final playoff spot from the Blues. What went wrong for the Sharks was their inconsistent goalie play and their sporadic scoring. The Sharks have lost five of their last six games due to not scoring more than 3 goals in any of those games. Sharks starting goaltender Martin Jones has started a whopping 32 games out of a possible 44, and therein lies the problem. They have overworked the 31-year-old all year because their backup Josef Korenar has given up 14 goals in only three games.

The Sharks are a decent team when it comes to covering the spread this season, with an overall record of 26-22 ATS this season. Most of those covers came on the road where they have a 16-10 ATS record, and luckily for the Sharks; this game is on the road in Colorado. A saving grace for the Sharks is that this will be the first time this season they face the Avs without Phillip Grubauer, so that could be a reason they steal a win or a cover from Colorado.

The Avalanche have had the season all of us have expected them to have. With two Calder Trophy worthy players on their first line, Nathan McKinnon and Gabriel Landeskog. A Vezina Trophy candidate goalie in Phillip Grubauer. Also, before he got hurt, a James Norris Trophy Candidate as well in defenseman Cale Makar. This Avs team is as well rounded as any team we’ve ever seen. Fortunately for them, they will get their Vezina candidate back for the playoffs after a battle with Covid-19 that has lasted over three weeks.

The Avs have been outstanding at home this season, with an overall record of 18-4 at home to go along with an against the spread record of 12-12 at home as well. The season series between these two teams is 3-1 in favor of the Avalanche. The Avalanche have also covered a -1.5 in all three of their wins against the Sharks this season while shutting them out twice in that span.

(Sportsbook here) has the odds opened with the Avalanche favored by 1.5 goals with the over/under set at 5.5.

San Jose vs Colorado – Free pick of the Night:

My free pick of the night is the Avalanche Moneyline at -174. 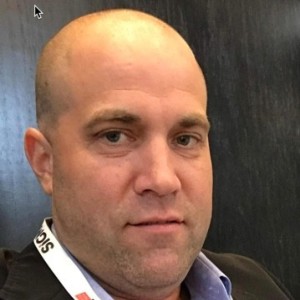