The NHL’s Stanley Cup Playoffs are heading towards a close with the final four matchup set and two teams already having completed one game of competition.

The matchups are fierce; the second-seeded Vegas Golden Knights will face the Montreal Canadiens, and the New York Islanders will take on the Tampa Bay Lightning to vie for a spot in the final.

The Stanley Cup Playoffs are known for being wild and unexpected, but there is a method to the madness, and only the best team will come away with the elusive trophy.

The Athletic puts Vegas at the highest chance to win the championship, with a +115 and places Montreal on the opposite end of the spectrum with the lowest chance of the four competitors to bring home the cup at a +1000.

This seems like a sealed deal for Vegas to many because of the stats alone. The Golden Knights excelled in the regular season with 40 wins, the most in the NHL, and led in goal differential with a plus-67. They also tied with the Colorado Avalanche for points with 82.

On the other side of the face-off circle, the Canadiens are the complete opposite. They had the fewest wins, the least points, and the worst goal differential.

Vegas holds another edge over the Canadiens, having been to the third round of playoffs three times in their four seasons as a team. Montreal hasn’t made it past the second round since 2014. Their current players are not as experienced as a team in facing the lights in recent years.

On paper, it seems like Vegas is going to sweep the Canadiens, but I don’t see that happening.

For my prediction, I’m going to ignore all statistics from the regular season and put my faith in the underdog team. I see the Montreal Canadiens coming away with the win from this series. I’m not choosing them in spite of their stats, but because of them. Vegas is aware they are the favorite, and sometimes that can be the downfall of a team. Montreal has performed well in the playoffs, too, defeating the Maple Leafs 4-3 in the first round and sweeping the Jets in the previous round.

Montreal doesn’t have a star, whereas Vegas is sporting the on-fire forward Max Pacioretty, who has scored eight points in seven games in the postseason after coming back from an injury. Some people may see this as a huge advantage for the Golden Knights; I see it as an opportunity for the Canadiens defense to hone in on Pacioretty, while their opponents will be left unsure of who to cover. Montreal’s key to this series is for Price to stay sharp while they rotate through their offense.

The Athletic gave the Lightning a higher chance of winning it all with a +160 while the Islanders sat at a +600 ahead of the conference finals. However, after Sunday’s game, New York currently leads the series 1-0, winning 2-1.

The Lightning have a strong power play coming into this series with a 42% success rate and are an overall, well-rounded team with strong players on all of their forward lines. At even strength, they are still getting the job done as well, but their power play is their key to a successful series.

The Islanders are the least penalized team in the NHL, which will make it more difficult for the Lightning to display their skill. On the other side of play, New York struggles on penalty kills; meaning if they slip up, they will have a hard time combating Tampa Bay’s exceptional power play. 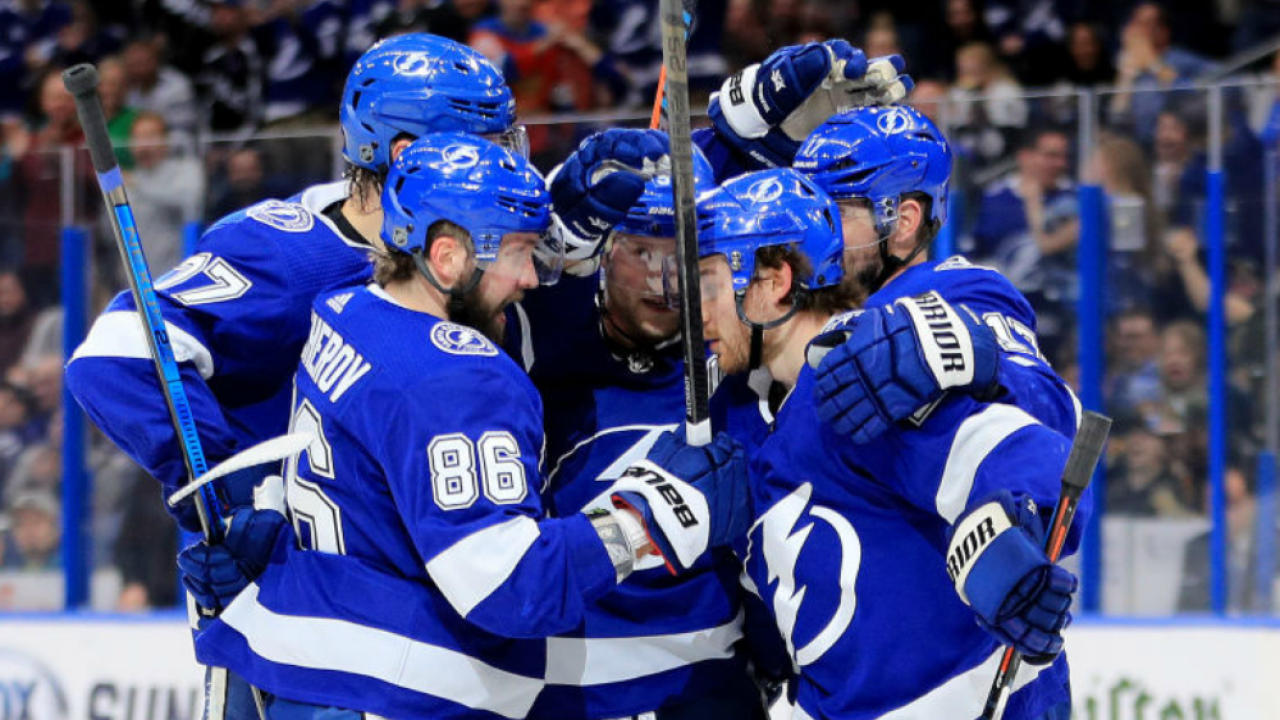 With the Stanley Cup Playoffs being prone to violence, I see the Lightning taking this series, despite the Islanders already leading. If the Lightning can defeat the Islanders’ strong goaltending and draw penalties, they will be the winners.

The Lightning were 2020 Stanley Cup champions, and although a lot has changed since then, they still have a talented team, especially with Nikita Kucherov having returned to the lineup following his recovery. They can easily take on New York and come back from this one-game deficit.

Early in the playoffs, I had a feeling Montreal was being underestimated, and now they are in the conference finals. I see the doubt surrounding them igniting them and taking them all the way to the cup. Riding a 4-0 sweep as a confidence boost, the Canadiens are going into the conference finals on a high. If they can defeat Vegas, who are the favorites to win the cup, they will be even more inspired and skate with confidence into the Final.

About Amber Williams 2 Articles
Amber is a student at Virginia Tech majoring in Sports Media and Analytics with a minor in Creative Writing, expecting to graduate in May 2023. At Tech, she is a sports editor for the Collegiate Times and a production assistant with the ACC network. Her career goals involve being a sports reporter/writer. In her free time she enjoys photography, writing poetry, watching hockey, swimming and yoga. She is a current intern with Knup solutions.

In last year’s shortened season where we saw only saw 60 games in the MLB, the AL Central race was the closest. The Minnesota Twins came out on top, one game ahead of both the […]

Pacers at Rockets Preview: The No.19 ranked Pacers will take on the No.29 Rockets at the Toyota Center in Houston, TX. The Rockets fell to the Pacers in their first meeting this season. Pacers Malcolm […]