After a thrilling Game 5, The NBA Finals shifts back to Milwaukee for an intense Game 6. There have been great performances thus far, especially individually. Below are my top three prop bets for Game 6 Tuesday night:

Mikal Bridges has been an unsung hero for the Phoenix Suns are playoffs long. He has been extremely efficient not only from three but from all over the court. Not to mention, he has shown the ability to attack the rim with force, which is something I expect him to do even more.

In Games 1 and 2 of the NBA Finals, he was fantastic as he combined for 41 points. In Games 3 and 4 however, he only scored eleven points total, mainly due to the fact that he only shot a combined eight shots from the field.

Whenever Mikal has gotten his opportunities, he has made the most of it. He is an important piece for Phoenix that does not get as much credit as he should. I expect the Milwaukee Bucks to focus their attention again on stopping Chris Paul and Devin Booker, which should give Bridges some open looks.

Do not be surprised if coach Monty Williams plays Bridges bigger minutes than usual in a do-or-die Game 6.

Despite Booker only hitting three 3-pointers in his last three games, he has put up back-to-back 40 point performances. He has been extremely aggressive from the field and has been carving up this talented Bucks defensive.

Devin is obviously a great three-point shooter, and I would be shocked if he does not hit at least three in this game, making this a great value as well at +105. After all, he is a career 35% from behind the arc.

He is going to get plenty of shots, as he is the focal point of Phoenix’s offense once again, especially since the Suns are facing elimination for the first time this postseason. 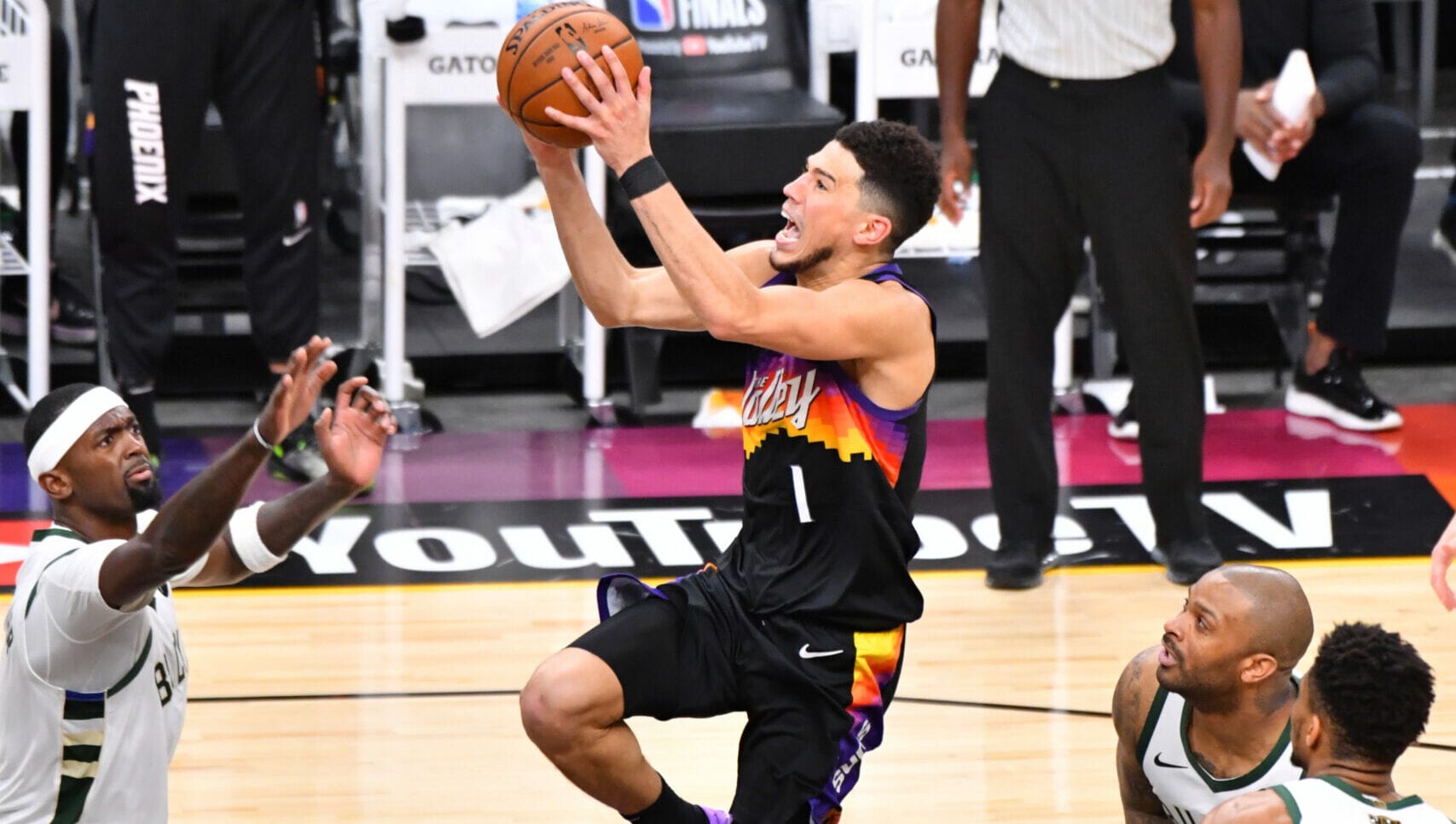 Considering Booker has scored back-to-back 40 point games, 31 points in Game 2, and 27 in Game 1, 30.5 points seems a bit low for him. Like I mentioned before, the Suns are going to lean heavily on Devin’s offense and shot-making in order for them to force a Game 7 back at home.

If he is not at his best, Phoenix will have no shot of winning this game. The pure volume alone should be enough for this bet to hit, regardless of how efficient he will be from the field. Booker will do everything he can to lift the Suns out of this hole.

One thing is for sure is that he will not shy away from the moment, which is why I see him having another big game.