In 2014, Kevin Love was one of the best players in the NBA. He was a double-double machine, but was stuck on the Minnesota Timberwolves; a franchise known for being bottom tier. However, that summer everything changed.

LeBron James returned home to play for the Cleveland Cavaliers and demanded he gets some help. The Cavaliers decided that Love was the perfect fit. Fast forward to 2021 and Love is still on the team, but without LeBron and Kyrie Irving.

He is the last member of the 2016 title team that is still with the organization. When LeBron left, they gave Love a huge contract extension to show their loyalty. Now they are desperately trying to get rid of him.

The odds of Love being on a different roster just do not seem possible to most. He is at -250 of staying with the Cavaliers by opening night. The favorites of acquiring the former All-Star are the Brooklyn Nets at +800.

However, there are no takers. The chances of moving Love have dwindled by the day. The Cavaliers are at the point of no return with zero hope of trading him. Why aren’t they able to move him?

Love has a long list of injuries that have hampered his career. In the last three seasons, Love has not played more than 56 games. Two out of those three seasons saw him not be able to get past 25 games in a season.

From concussions to a calf injury, Love can’t seem to catch a break. He missed most of last season rehabbing the injury with no rush, as the Cavaliers weren’t a playoff team. There was no need to force Love to come back at less than 100 percent.

However, he did decide to play at the Olympics this summer. This was a perfect way to showcase his value to contending teams. Unfortunately, that calf injury was still bothering him and he had to withdraw.

Injuries seem to follow him every season. To take a chance on a guy who can’t play in most games is a big risk for any top team in the league. 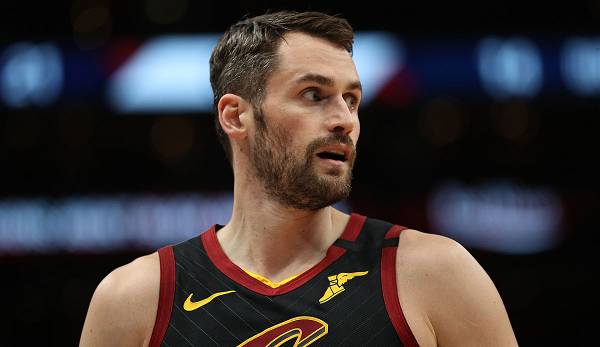 When you look at Love’s time with the Timberwolves, he was dominant. If you compare them to what he is doing today, you would be confused to understand that it is the same person. Players cannot keep up their level of consistency sometimes.

However, this case is a lot different. He is not capable of doing any of the things he used to do at an elite level. His efficiency and scoring is down drastically.

He scored 12 points per game, which was the lowest since his rookie year. Love also shot 40% from the field last season. In 2019, he shot 38% from the field.

Rebounding is still there at times, but not how it once was. He is one of the worst players every time he steps out on the court. It is sad to watch someone you would be in awe of now be a complete shell of his former self.

One of the worst contracts ever given out is the one the Cavaliers gave to Love in 2018. They signed him to a four-year, $120 million deal that would begin in 2019. This upcoming season alone will have Love receiving $31 million.

That is a hefty number for someone with his numbers and health problems. The following season the price will drop to $28.9 million. Contenders can find cheaper big men on the market, rather than trading for Love.

The only option is to buy him out with his value so low. However, that plan has been thought about since last season, but with no progress being made. If Love wants to leave, their only option at this juncture is for a buyout.

However, Love can easily collect these checks and not worry about playing the next two seasons. The Cavaliers are potentially stuck with Love for the foreseeable future.

Pacers 1st Half Recap: Happy Thursday to the Pacer faithful! Hope everyone is enjoying the beautiful March weather and the NBA break because the second half of the season is set to return, and the […]

Betting preview and prediction for the NBA match between the Chicago Bulls and Minnesota Timberwolves. […]

The NBA resumes play after the All-Star break with the Knicks at Bucks in Milwaukee as we breakdown this Eastern Conference matchup. […]